I regularly get messages on Instagram from first time buyers considering taking on a doerupper, wondering how much will a renovation project cost them. I get it. After saving up for your deposit it’s hard to then imagine forking out thousands on a renovation. It’s even harder when you have no clue what big jobs might end up costing. This makes it so difficult to budget, and work out whether you could even afford to do the house up.

We were given advice like bring a builder/electrician/plasterer around to the house before you buy it and get quotes so that you have a rough idea. That has been particularly difficult in 2020/2021 under current COVID restrictions, but also anyone who has had work done to their house knows how much quotes can vary.

When we bought this house we knew that certain big jobs needed to be done and had a very rough idea of what the costs might be. To be honest, we’d fell in love with the house, and all rational thinking had gone out of the window anyway. We decided that if there were jobs that needed doing but we didn’t have the funds, we would have to live in the renovation until we could afford it. We made our peace with the fact that we might be living on a building site for a few years.

Anyway, we’re all for transparency over here, and so a few weeks ago I started sharing the costs and quotes we’d had for jobs that we’ve done. I also asked our followers to submit answers on what they had paid for big renovation jobs, with the intention of putting together something to share with you all. I will preface this by saying that obviously costs differ hugely depending on things like location, property type, and the specific project specifications. Costs have been submitted by Instagram accounts all over the UK so please treat this as a rough guide to hopefully help if you’re struggling to decide whether to take on a house that needs a little bit of TLC.

By far one of the most requested costs was the cost of rewiring a property. This is also one of the first jobs that you might want to do when you buy an older house. This was the case with us, and it was the first thing that we had to save up for. The cost of a rewire depends on a few things that you should consider, including how many sockets/light fittings you want per room, what spec fixtures you’re after and whether you are living in the property at the time of the rewire. When getting quotes for a rewire make sure that you confirm what state the walls be left in. Will the electrician fill any wall chases with browning and leave for a plasterer to make good (as above) or will the jobs be completed to a plastered finish?

Whether you are replastering after a rewire, or just tidying up some shabby walls a full replaster can really add up. Again, costs really depend on the condition of the walls, what they were originally plastered with and whether the job will need reboarding. Plastering is a bloody messy job, and probably one of the first things that you will want to do.

12 people submitted costs for plastering and they varied by quite a bit. As some of you might only be doing a few rooms I have worked out the costs per room (and a lot of people submitted the cost per room). The average cost of plastering a room (including ceiling) was £514. Costs ranged from £350-650 a room. Obviously this includes both small and large rooms so adjust accordingly. As an example, for the bathroom above we paid £350 to plaster the walls and ceiling.

A few of you might remember a few months ago that our boiler broke. It is twenty years old and so we will be fitting a new boiler when our extension is done in a few months (VERY annoying that we had to pay to fix the boiler for a few months). Anyway, as we will be in the market for a new boiler in the next few months I was really interested to see what kind of prices people had paid. A few people also mentioned that they received grants from the government to help with the cost of boiler fitting so that is definitely worth looking in to.

24 people submitted costs for their new boilers and again, there was some variation in prices (i’m assuming based on spec, how difficult it was to move, and any add ons such as Hive). The average cost of a new boiler came in at £2200 and costs varied from £1500-£5000.

A lot of people asked about the cost of glazing/doors and I struggled slightly to pull costs together. Mainly because I think that this really depends on the size of the house (how many windows/doors you have) and also the type of glazing or doors that you go for. We all know that uPVC will always be cheaper than aluminium framed bifolds. Because so many people have asked about the cost of glazing I’ll include it here but use this as a VERY rough guide.

10 people submitted costs on glazing (8 of which also included some kind of door). The average cost of replacing the glazing in a house was £4522, with costs ranging from £1200-7200. 4 people also submitted the cost per uPVC window and this averaged £500 per window.

I’ll be honest here and admit that the reason that I asked about underfloor heating costs is because we’re having it fitted in the extension and we didn’t have a clue what the cost might be. Costs here differ hugely based on whether you are getting electric/gas underfloor heating (from what I have heard electric is cheaper to fit but more expensive to run), and also how big the space is that you are heating.

8 people submitted costs for underfloor heating. The average room size submitted was 42 sqm. Not everyone specified whether they had gas or electric fitted. The average cost was £3180 and costs ranged between £2300-£5000.

So those are the costs that were submitted to us. Again, please take this as a guide and not something which is set in stone. I’ve tried my best to show how much the costs can vary but hopefully it might help some of you who are considering taking on a property that needs a bit of work. Like I said at the beginning, we decided that we loved the house that much that we could live in it until we could save up for all of the big jobs. It took us a year to be able to start any of the work, and another year to get to the point that we’re currently at. If you know anyone who is starting to look for their first house please share and pass this on. As always, any questions please drop us a message on Instagram and if we can’t help I’ll try and find someone who can.

A bit about us… 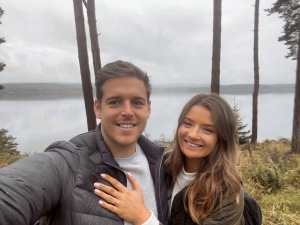 I’m Emma, he’s Jack. In 2019 we decided to move to the beautiful North East coast. We completely fell for an unloved 1930’s semi-detatched house. With no DIY knowledge or experience, we went and bought our first drill and started our renovation journey. Here we share the high’s, low’s, budget tips and other helpful hints for other first time renovators.